Our second Alumni Spotlight for November 2019 is Amira Daugherty, a graduate of DeKalb Early College Academy (2016) and of Agnes Scott College (2019). She served as the President of Agnes Scott College’s Student Government Association for the 2017-2018 school year and this past summer, Amira worked for a Georgia Congressman and now serves as the Deputy Finance Director for Carolyn Bourdeaux’s campaign. Her professional accomplishments exemplify her ability to mix personal achievement and servant leadership.

Amira says that 21st Century Leaders taught her to step out of her comfort zone in order to lead effectively. She aspires to become an attorney and run for public office!

My aspirations since I was a 21st Century Leader, is to become an attorney and run for public office and 2019 has been largely about ensuring these dreams come into fruition. This summer, I was named an MPAC Congressional Leadership Development Fellow and a Women’s Congressional Staff Foundation Scholar, both of which afforded me the opportunity to serve as an intern in the office of Congressman Hank Johnson. Currently, I serve as the Deputy Finance Director for Carolyn Bourdeaux, who is running for Congress to bring equity to healthcare, education, and accessible living.

21st Century Leaders’ training prepared me to be confident in a myriad of settings. From learning to present before Turner executives, to being trained on how to properly approach a standard three-course business dinner, 21CL exposed me to the world I am aiming to become a part of at a young age. 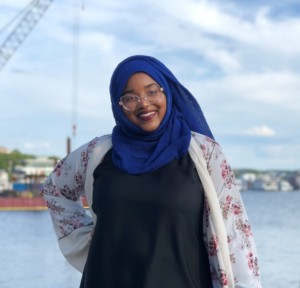 21st Century Leaders emphasized the importance of servant leadership both inside and outside of the classroom. As a student, I felt compelled to lead classroom discussions, help lay ground rules for constructive dialogue, and to approach projects from a different angle than expected. As a student leader, I joined organizations that were not directly aligned with my own issues, as 21CL reminded us to reach outside of our comfort zones in order to lead effectively. I ultimately rose to the position of SGA President, making me the first Muslim student in the school’s history to do so. 21CL’s belief in me was undoubtedly a part of my development into the type of leader who could take on that role.

I made several life-long friends in 21CL, particularly from my work groups and teams! I am so inspired to see them still aspiring to lead in their communities, and it is such an honor to have been a part of their journey.

I have always believed in the power of servant leadership, but 21st Century Leaders was one of the first organization to give me a name for it. Every position I have held has required me to sit back and listen far more than I speak, which has helped me better empathize with the people I serve. I believe that the training sessions I had in high school made me hyper-aware of the way taking the time to listen is such a powerful tool in a leader’s belt.