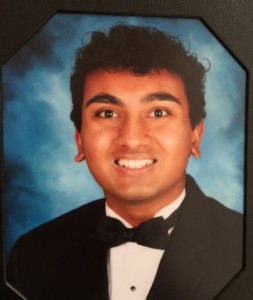 Hello fellow 21st Century Leaders! I have the honor of introducing you to one of this year’s Georgia Youth Leadership Award winners, Amal Bhatnagar. Many of you may not know about it this 20 under 20 award that 21st Century Leaders’ gives out every year, but you will shortly.

Amal Bhatnagar is a senior at Northview High School and was selected as one of the top 20 outstanding youth leaders across the state for the 2017 Georgia Youth Leadership award for starting his own non-profit organization, First Aid For All, when he was just fifteen years old!

While speaking with Amal he was really passionate about his non-profit and providing access to first aid kits. First Aid for All is a non-profit that distribute first aid and med kits to medically unserved population. He told me that when he volunteered at area hospitals he
would see so many medically unserved patients’ wounds get worse mostly because they didn’t have access to a kit that could act as a preventative. From there, he wanted to find a way to help. He wanted to find real world solutions. That is what made him start First Aid for All. 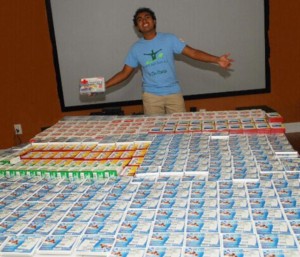 He began by handing out medical kits to members in his community and has since organized trips to Jamaica and India and served over 1,100 individuals.  As a social entrepreneur, Amal created an international network of more than 300 official members through 10 high schools, two universities, humanitarian organizations, and multi-national corporations to innovate humanitarian operations.

However, through Amal’s work in the healthcare needs through his non-profit does not mean that Amal would like to be in the medical field. Amal told me that when he was a young boy he dreamed to be a pediatrician, but he stated that he is undecided on what career path he would like to take. 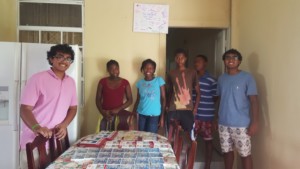 From his experience of starting and growing his own non-profit has made is think to go into business and become an entrepreneur. Before winning his award, Amal was unfamiliar with 21st Century Leaders. He said he had an fantastic experience with everyone from the new connections he made with professionals and his peers and the networking. Outside of First Aid for All, Amal likes to hang out like any ordinary teenager would like to do; after all being a businessman is a lot of work. All in all, Amal has a true passion for his non-profit and hopes to continue it after high school.