Home/Blog, In The News, Student Blog, Uncategorized/Leadership exCHANGE: My Reflection

As the students filled the  Fulton County Board of Commissioners Assembly Room, the crowd energetically screamed Mr. Bob’s favorite chant. “21st Century Leaders…How do we feel?” 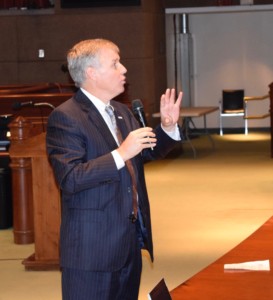 The excitement of many, to see individuals, who they have not seen for months, was evident. There were over 75 students from 45 high schools across the state in attendance to not only connect with one another and the professionals there, but to also learn about leadership in government and civic service and to see how we can use our voice for change. To fulfill the desire of the crowd, Georgia Congressman Rob Woodall spoke about the impact one’s voice has on the world. He expanded the statement by conveying the power of voting. He continued by stating, “you have to have heart.” This statement stuck with the crowd due to its potency in creating successful individuals, because the inner- 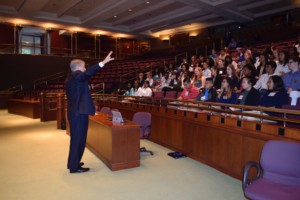 conflict of humankind, is the greatest conflict of all. When one is able to accept their shortcomings and find the perseverance within themselves to continue the battle, success becomes more attainable. While the success of the 21st Century Leaders fall summit, Leadership exCHANGE was evident in the earliest minutes, the messages of prominent individuals within our society advanced the crowd towards success. 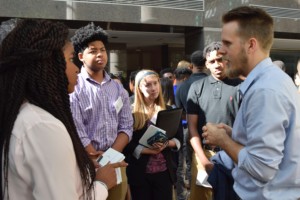 After Mr. Woodall’s words of wisdom, the summit continued with the introduction of key figures. Then, the students in attendance were given the opportunity to meet and connect with professionals from the area. An important lesson that I took out of the speed networking session pertained to thinking big and outside of the box. Ted Terry, Mayor of Clarkston, GA said that he always liked helping people. Before becoming mayor, he aided constituents  in obtaining quality health care and meals, when in need.   Although he was impacting his community, Mayor Terry was not satisfied, since his aid was limited to one individual at a time. Terry imagined a program where a larger section of the community was reached. His solution was to adapt the diet of students. This allowed Mayor Terry to aid in preventing the problem and help a larger community in one initiative. This reminded me of the instance when Jermaine Cole said, “

[i]f you ain’t aim too high, then you aim too low.” Not only did Mr. Terry inspire us by his initiatives, but proved to us that you’re never too old to follow your passion. Mr. Terry is one of Georgia’s youngest mayors to be elected!

Upon completion of the speed networking session, individuals were divided into eight sections with various controversial issues (gun control, health, immigration, and world health). While indulging Chick-Fil-A for lunch, each group was given forty minutes to take a stance on the presented topic. After the forty minute preparatory session, the groups were told to be prepared to give a two minute presentation at the end of the session. 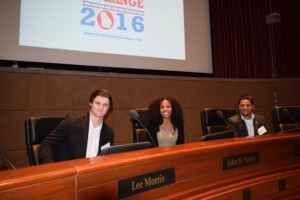 Afterwards, the students reentered the Board of Commissioners Assembly Hall to listen to panelist  Joash Thomas and Jake Orvis. Joash Thomas represents the group, Young Republicans of Georgia and Jake Orvis represents the Young Democrats of Georgia. They taught the group lessons concerning politics. In fact, they recommended students interested in political careers to sign up as volunteers for campaigns! Also, they expressed their affection in introducing ambitious young leaders to the world of politics! My fellow Youth Ambassador, Jestini Jordan led the panel as moderator! Great job, Jestini!

As the end of the fall summit approached, students began the presentation of opinions. I had a blast listening to the

platform of the “21st Century Leaders”. While groups 1 and 4 discussed education, groups 2 and 5 discussed world health, groups 3 and 7 discussed gun control, and groups 6 and 8 discussed immigration.

Group 3 addressed the component that the gun control laws only heavily impact criminals and individuals in possession of semiautomatic weapons, both of which are deemed unnecessary in the United States of America. Therefore, they argued that the sacrifice of hundreds of lives was more significant than the right to own military grade

Group 4 spoke for affirmative action, which is the use of race by universities in accepting students. One of the key arguments dealt with the overrepresentation of caucasians in postsecondary education, with blind admissions, while Affirmative Action leveled the field for all ethnicities including the highly oppressed community of African-Americans and Hispanics. Group 2 discussed the concept of diplomatic dependency and how the United States’ offering of foreign aid may lead to a cycle of reliance. All the newly chosen senators represented the community well! 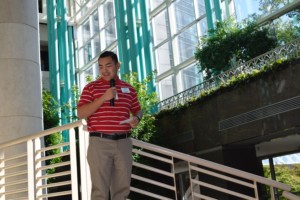 I would also like to express my gratitude and thanks to everyone, who was responsible for the success of this summit. Thank you to the 21CL Board for creating such an amazing event! Thank you to the Fulton County Superior Court for hosting the 2016 summit! Thank you to Rob Woodall, Isaiah Bradley, Raven White, Andre Dickens, Matt Westmoreland, Luisa Cardona, Judge Crews-Morris, Ted Terry, John Eaves, Travis Stegall, Deandre Royals, Jordan Edwards, Tiffany Russell, Heather Garrett, Yolanda Lewis, Drew Healy, Andy Le, Dr. Jaha Howard, Judge Cassandra Kirk, Jake Orvis, and Joash Thomas for taking time out of their day and help mold leaders for the future. I would also like to thank my fellow leaders and peers Sydnie Cobb, Sneha Nagarajan, Jestini Jordan, Fatima Alarcon, Faith Lucas, Javaris Askin, Alvin Winston II, Josephine Graves, Satya Jella, and Morgan Dasher for doing such a great job at their roles, and I wish them success in the future!

Furthermore, I welcome Yolanda Lewis, who is joining the 21CL Board of Directors and thank her for hosting us for this even and giving our closing remarks. To conclude, I wish Jacque-Corey Cormier, 21CL Alumni the best of luck in completing his Ph. D!!!