Hello! My name is Jaylen Bryant and I am a Senior at Tift County High School.

This summer, I had the honor of participating in not only a 21st Century Leaders (21CL) Summer Leadership Institute but also in the 21CL Summer Immersion Program. As part of the Summer Immersion Program, I was able to intern with my local Georgia Power Affiliate. I learned so much during my time here and it was truly an impactful experience. I also got to know many fine Georgia Power employees during my time there. While I never had the opportunity to work with Mr. Caldwell on a personal level during my immersion, it was a honor being able to interview him! 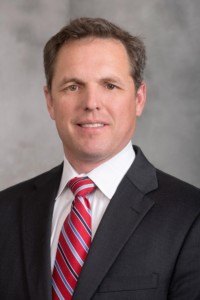 Mr. Chris Caldwell has been working with Georgia Power for twenty years, and is currently the General Manager of Distribution. He is a graduate of Mercer University, where he majored in mechanical engineering. Prior to that, he worked in construction and contracting. This is where he says that he found the desire to be an engineer. While being the General Manager of anything seems like a daunting task at first, Mr. Caldwell says that he enjoys the challenge, stating that he is the type of person that runs towards the problem, not away. For example, his love of a good challenge took him and his family to Pensacola, Florida for four years, a place that he says no one else was willing to go to. On top of that, he has also moved four other times with the company, with each time posing as a new challenge.

When asked what keeps Mr. Caldwell going, he replied, “Challenges. I really enjoy doing something nobody else wants to do. I’ve built my whole career on doing that. It doesn’t matter what it is. If someone says that it can’t be done, I’m going to be the first in line to figure out how to do it.”

Mr. Caldwell’s ability to look adversity in the eyes and conquer it is something that is worth celebrating. Youth like myself, as well as my peers involved in 21st Century Leaders have something to learn from this approach. It is leaders like Mr. Caldwell that inspire the youth and give us motivation. We thank him for thinking enough of our program to work alongside us and we hope to do huge things in the future.