Lauren Flanigan is a graduate of Miller Grove High School (2011) and of the University of Pennsylvania’s Wharton School of Business (2015). She currently works as Brand Manager at Mondelez International and she volunteers regularly in areas of education and mentorship. In this post, Lauren  shares about her leadership journey and how 21CL taught her to be confident and to voice her perspective even when it’s different from the group’s, which she says is a foundation for good leadership. She describes herself as a collaborative, empowering and daring leader!

I am currently working as a Brand Manager at Mondelez International. Thus far, I have enjoyed a thriving career at Mondelez, receiving multiple promotions in my 4 years at the company. I also recently graduated from the Mondelez International Leadership Essentials Program and was selected by Mondelez to participate in the 2019 Google Insider Program (an invitation-only program designed to educate and inspire rising stars in the industry). During my time at Mondelez, I have been lucky enough to work on several of Mondelez’s brands, including Trident gum, Sour Patch Kids, Swedish Fish, Belvita, Oreo Chocolate, Toblerone, Nilla Wafers, and Nutter Butter, just to name a few! In my current role, I am responsible for developing and executing the brand strategy, activation and media plans for Trident gum.

In my spare time, I enjoy volunteer work, particularly in the areas of education and mentorship. I have volunteered in these spaces formally and informally and recently completed a two-year volunteer commitment with America Needs You. I am also an avid reader, fitness enthusiast, and candle-maker. For fun, I enjoy travel, wine tasting and spending time with friends and family. 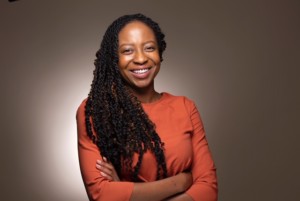 21CL was my first exposure to the world of Media. I distinctly remember the CNN studio visit, where I first learned about media and production. I was totally enamored with all the moving parts and people that went into bringing something to the screen. It was the first time I started to think differently about the process of creation and the way that brands played a role in this ecosystem. After graduating the program, I went on to attend the University of Pennsylvania’s Wharton School of Business. From there, I took on several internships, including internships at Turner Broadcasting and Kick Ass Productions, where I learned more about Media and media’s connection to branding. This eventually led me to learn about career opportunities in brand management, which I ended up pursuing and absolutely loving! In my current role, media and production play a major part in my day to day responsibilities. I lead the production of commercials for the brands I work on and work closely with media partners to ensure our brands show up on the right platforms. To think, it really all started with the spark 21CL ignited!

In addition to the career exposure, 21CL prepared me for college and professional life by helping me to hone my leadership skills. 21CL helped me to gain confidence in public speaking and networking, both of which play large roles in my current profession (such as my recent presentation to over 600 of Mondelez’s sales force at our National Sales Meeting). Additionally, 21CL emphasized the importance of keeping these skills in practice. That emphasis influenced me to take on leadership roles during college, such as Vice President of Recruiting for my sorority of 200+ girls, and in the workforce, where I currently serve as the President of the Mondelez International African American Council.

I participated in 21st Century Leaders: Leadership Unplugged (now Youth Media Institute) as a sophomore in high school in 2009. As aforementioned, I definitely gained a lot of confidence from the program. Particularly in public speaking and networking.

My memorable “aha” was spending part of the summer away from family and friends to focus on my development. This was a first for me, and was something that I continued to do in the summers and years to come. It helped me to become more comfortable with being uncomfortable and forced me out of my comfort zone. It helped me to learn that I can stand on my own, which is an important leadership value. In learning that I can stand on my own, I’ve had the confidence to have and voice my own perspective, even if it’s different from the group. This is an important skill and is a foundation pillar of good leadership.

I would describe my leadership style as collaborative, empowering, and daring. I believe that good leaders should be daring enough to have and share their own perspective, even if that means going against the grain. I also believe that a good leader empowers others to do the same and then collaborates with the team to bring those perspectives together. 21CL does a great job of emphasizing collaboration and learning from others. Today, there’s more diversity of thought, background, and perspective than ever! When leveraged properly, this increased emphasis on, and pool of, diversity is a huge asset for leaders and organizations. 21CL helped me to understand this value very early on and has helped shape the leadership style that I have today.