Home/20 Under 20, Alumni, Blog, In The News/21st Century Leaders Receives Commendation from State of Georgia

(March 2019) Atlanta, Georgia – 21st Century Leaders is proud and honored to receive a 2019 Commendation from the State of Georgia from former Governor, Nathan Deal to recognize the organization’s 30th year history and specifically recognize the retirement of our founding executive director, Robert “Bob” Watson. 21st Century Leaders’ Board of Directors’ Chairman, Kevin Sessions presented the formal Commendation to Bob on March 2, 2019 at our annual Georgia Youth Leadership Awards.

Here’s a brief excerpt from the Commendation:

WHEREAS: Since 1989, 21st Century Leaders has served more than 14,000 high school students from over 250 high schools in Georgia. The efforts of the organization inspire young leaders and provide benefits for our state’s workforce by developing homegrown talent for Georgia communities and companies; and
WHEREAS: Mr. Robert “Bob” Watson, the founding executive director of 21st Century Leaders, has dedicated his career to the service of students in Georgia; and
WHEREAS: Mr. Watson retired in December 2018, following 29 years of service to youth leadership; and

WHEREAS: This year, 21st Century Leaders will celebrate 30 years of inspiring youth to lead and honor Mr. Watson for his decades of service; now
THEREFORE: I, NATHAN DEAL, Governor of the State of Georgia, do hereby commend

21st Century Leaders is also asking everyone to share how Bob and 21CL has impacted them and show your appreciation by writing him a message. Everyone is encouraged to submit it before April 15th! SUBMIT YOUR MESSAGE HERE 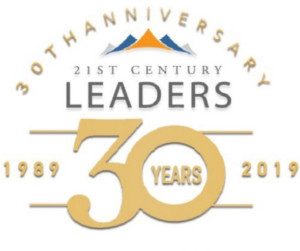